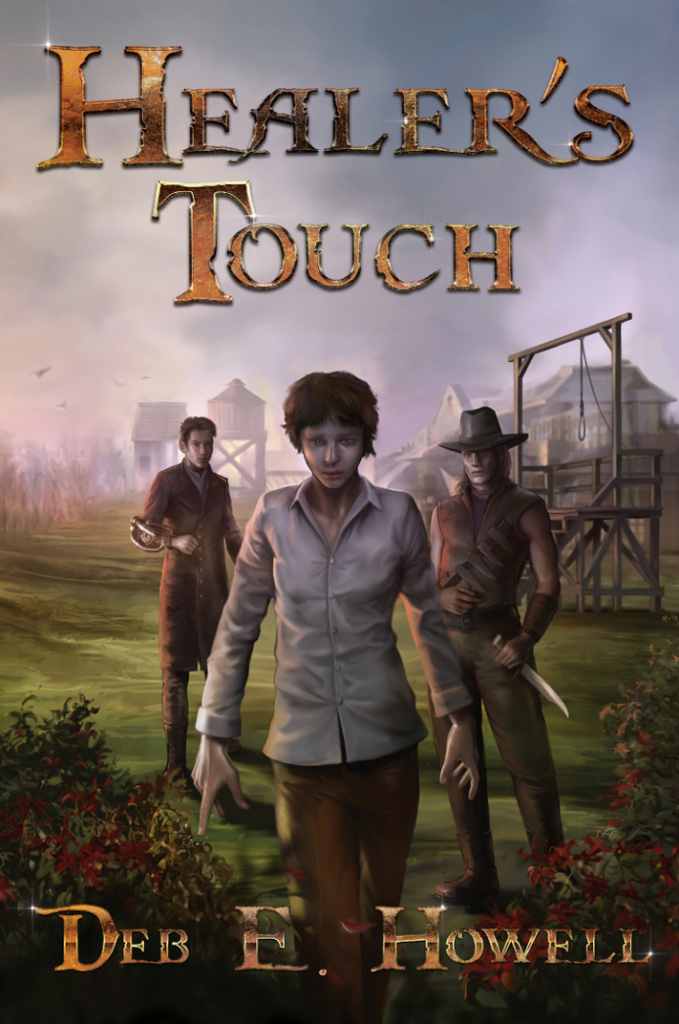 Part of the Deadly Touch series:

Llew has a gift. Her body heals itself from any injury – but at a cost to anyone nearby. After dying and coming back thrice, Llew drops from the gallows into the hands of Jonas: the man carrying the knife with the power to kill her–permanently.

The last of his warrior race, Jonas is  surrounded by the ghosts of his loved ones. At his side, the cursed knife that took their lives. Jonas has learned the hard way that caring for others means their death.

Jealousy of his half-brother’s celebrated strength and speed drove Braph to create the device that gives him the power to perform magic, any magic. But it needs fuel–the blood of a healer…

Healer’s Touch is a fantasy novel flavoured with a wild west setting, steampunk-like technology, enough romance to draw you in, horror to keep you hooked, and just enough sex to keep things spicy.