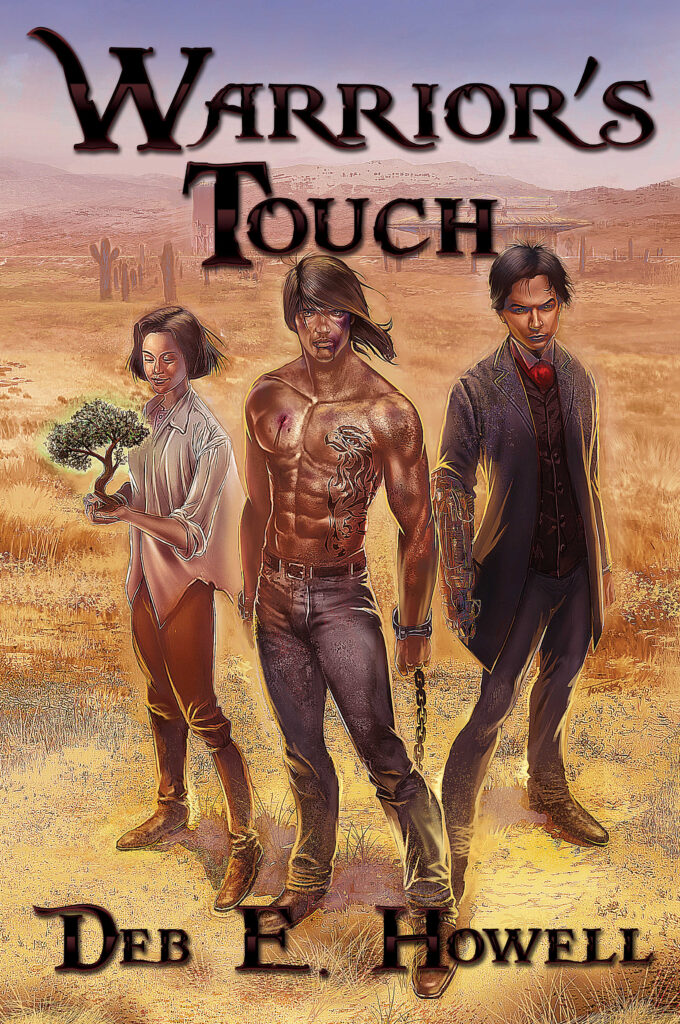 Part of the Deadly Touch series:

“I’ve discovered a certain plasticity to the concept of right. And you, my man, are not it.”

The Kara and Aenuk races have been enemies for centuries, but for Llew and Jonas, love won out. Now Llew faces an uncertain future: one nation wants her to breed their future army, and the other wants her dead.

Her Healing talent also means she is feared – and the child she carries makes her a target.

Jonas has returned to his people, but he is torn. The woman he loves is being kept away from him, his superiors want him to carry on his bloodline with an appropriate mate, and he’s being expected to fit back into a role he doesn’t want. He is meant to be a hero, but the only champion he wants to be is Llew’s and their child – a child who might change everything.

But for their enemy to regain his powers, Llew’s child must die; and in order for him to retain them, every Aenuk must be destroyed.