Some writers sit down with a story idea and work a large chunk of the larger “details” out before diving into the more nitty gritty. One of those large details is Naming things and people. Some people go “This character is going to represent this feeling/thing/theme and so I will call them…” and other writers go “I like this name so I’m going to name my character that.” I’m Type B, in this instance (at least in the case of writing the Touch series… I may have done a little pre-research for my next one). Funny thing, though, as you may have seen in my blog post about my character names I did pretty well at coming out looking like a Type A… somehow.

Well, I found out earlier this year that I may have done it again. This time with the Aenuks.

When I first started writing Healer’s Touch, Llew was a “Hisun”… I don’t know why. It was a word that came to mind (or possibly from a Fantasy Name Generator) that didn’t sound too naff, but as things developed and Jonas’s Syakaranness became more special as I split off the inferior Kara, I needed a better name than Syahisun… yeah, it didn’t work.

Back then, I was enjoying the show Boardwalk Empire with the main character regularly referred to as “Nucky”, real name “Enoch”. Now, at the time, I didn’t pay much attention to his real name. Most episodes he was just “Nucky”, so I thought I was a little bit clever to twist it around and morph it into Aenuk, which went rather nicely with the concept of Syaenuk.

Not overly clever afterall. But, hey, Syaenuk sounds rather cool, and that counts for something, huh?

Anyway, jump some 10 years and look at me doing a little random research into the historical Enochs (possibly after watching a quiz show while making dinner?).

There are two in Christian/Jewish History. The one that really caught my attention is that known as the Son of Jarod, Father of Methuselah. The other is the Son of Cain (you can go look that one up to see if it sparks your imagination).

Forgive me for not having delved super deep, but I liked what I found with my busy working mumma gloss over.

Basically, to sum up, this particular Enoch lived for several centuries. Now, granted, Llew is not Immortal, but I have mentioned her being slow to age, and from her Immortals may be born.

This Enoch was also said to “not see death” and is presumed to have entered Heaven without dying.

Granted, in my stories, Aenuks certainly do die and usually stay dead, unless they’ve got that handy Sy- gene.

Anyway, beyond that, there are mentions of being a Guardian (of celestial treasures–Ajnai trees?), a scribe of God (Llew doesn’t write… but if Anya had her way…), chief of the Archangels… (does being a main character count as being Archangel-like?)

…and all those cool things.

Basically, with a wide open mind to possibilities, one might think I named the Aenuk variant after the Christian/Jewish Enoch and maybe I look pretty darn clever.

But, really, I pick names because they sound good to my internal ear…

Or, as George of the Jungle might say “Just lucky, I guess.” 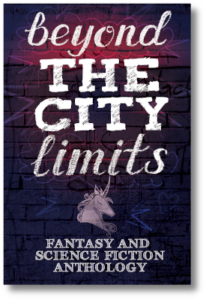